On June 9, voters in the Guilderland Central School District will elect five board members (three vacancies of three-year terms, and two vacancies of one-year terms) by absentee ballot per the Governor’s Executive Order. The order also waived the minimum signature threshold for the Board of Education candidate petitions. Candidates must meet all of the other requirements to run for the Board. Learn more about the Guilderland Central District Board of Education.

Candidates are listed below (in the order they will appear on the ballot that eligible voters will receive in the mail):

The Guilderland Central School District Board of Education has the power to develop policies, rules and regulations for the operation of our school system. There are nine residents who serve, without pay, on the district’s school board. Individuals are eligible for election to the Board if they are qualified voters of the district (district resident for the last year, U.S. citizen, 18 and older) and can read and write. New York State Education Law does not limit the number of terms of office a member may serve. 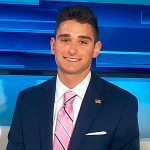 Luciano Alonzi is seeking his first term on the Board. Luciano is currently a student at Pennsylvania State University, graduating in July with a B.S. in Athletic Training. He has lived in the district for 22 years and is a Guilderland High School Alumni (class of 2016) where he was part of the Dutchmen Football team. 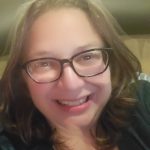 Rebecca Butterfield is seeking her second term on the board. Rebecca replaced a Board member who resigned in August 2019. She is a pediatrician at Albany Medical Center as the Division Chief of the General Pediatrics division and the Section Chief of Child Abuse Pediatrics. She loves her job as a pediatrician. She spends her days doing a mixture of primary care which involves well-child and adolescent check-ups, acute care and sick visits, and behavioral or chronic care follow-ups, and child abuse work which involves assessing children for potential maltreatment. She also teaches and mentors medical students and residents.

Rebecca has a bachelor’s degree in U.S. History and Biology from Union College, a doctorate degree from Albany Medical College, and earned her post-doctorate (serving her pediatric internship and residency) at Golisano Children’s Hospital with the University of Rochester. During her time on the Board,  she sits on the Audit and Business Practices Committees, as well as the School Start Time task force.

Rebecca and her husband have resided in the district for 13 years, and have one child, a middle schooler at Farnsworth Middle School. 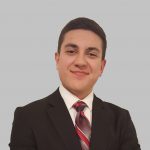 Benjamin Goes is seeking his second term on the board. Ben is a commercial real estate attorney with the firm Sciocchetti & Abbott, PLLC. A 2014 graduate of Guilderland High School, Ben has been a district resident for over 20 years, graduating with a B.S. in Economics from SUNY Albany in 2016 and a J.D. from Albany Law School in 2018.

During Ben’s time on the Board, he has served as liaison to the PTAs of Altamont, Lynnwood, and Westmere, has served on the Policy Review, Communications, and Audit Committees (currently chairing the latter two), as well as the Visioning Committee and the Start Time Task Force. Prior to his time on the Board, he volunteered as a research coordinator for the GHS E=mc^2 program, spending almost 20 hours each week working for and with students. 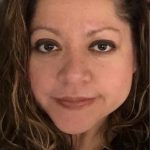 Blanca Gonzalez-Parker is seeking her first term on the Board. Blanca works for NYS-CSEA in Partnership for Education and Training as a Program Associate for Safety and Health, where she manages Safety and Health training development and delivery and grant funding. She is a Guilderland High School Alumni (Class of 1996) and earned an A.A.S. in Nursing from Maria College in 2002, a B.A. in English from UAlbany in 2004, a Master’s of Public Health from UAlbany in 2011, a Graduate Certificate in Disease Surveillance and Emergency Preparedness from UAlbany in 2011,  and a B.S. in Nursing from Utica College in 2016.

Blanca has been a resident of the district for 37 years, and currently resides there with her husband and 3 children.  As needed, she volunteers for district events and classroom activities. 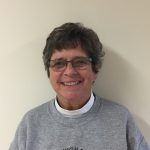 Judy Slack is seeking her fifth term on the board. She is a former English teacher, beginning her career teaching at Troy and Berne-Knox-Westerlo schools for five-and-a-half years, and was a stay at home mother for 10 years. She served Lynnwood Elementary as a teaching assistant for 24 years. Judy is a graduate of Russell Sage College, with a permanent certification in English 7-12.

During Judy’s time on the Board, she has sat on the Business Practice Committee for 9 years, the Communications Committee for 8 years, and the Audit Committee for 1 year. She is currently the liaison for Lynnwood and Altamont elementary schools and is the NYSSBA Voting Delegate and the Advocacy Liaison.

Judy has been a resident of Guilderland for 50 years and has three children, all Guilderland graduates.