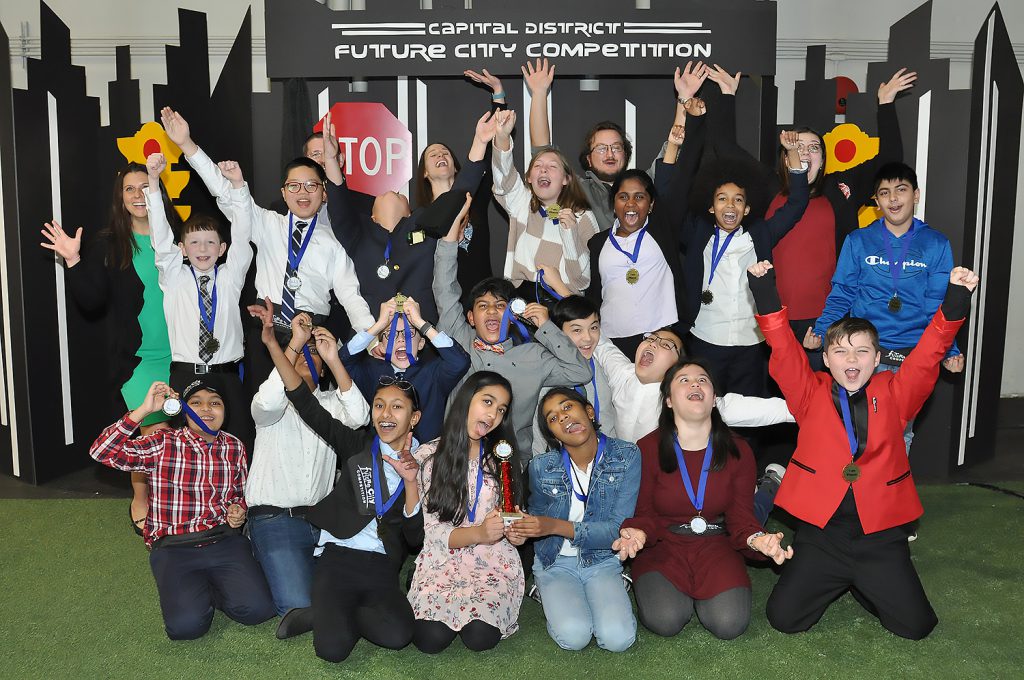 Over the past few months, a select group of FMS students participated in the Future City Program. They were tasked with creating a visionary city which not only adapts to climate change but also mitigates its effects. In the process, students learned about and understood the potential for living bricks, geothermal roads, eco-pod housing, and Hydrogen eco-systems.

On Saturday, January 14, they competed against nine other schools in the regional competition and won first place, in addition to six other awards for Best Q&A session, Presentation, Green Roadway Design, Utilization for Transportation System, Essay and Project Plan! The team is now set to compete in the national competition in Washington DC next month.